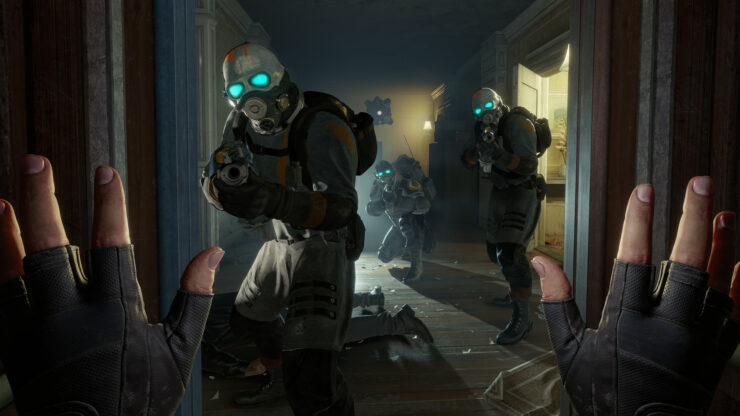 Work on the Half-Life: Alyx No VR mod is proceeding smoothly, and the mod's creator showcased all of the latest improvements in a new video.

The new Progress Update video, which can be watched below, showcases new animations, a new Viewmodel, fixes to player speed when ducked and some gameplay tweaks that aim to make the game a little more challenging.

-Player speed has been fixed when player is ducked

-Zombies are not walking anymore, instead they are running (i increased the running speed aswell as the attack speed)

Half-Life: Alyx is the latest entry in the series. The game has been released last year and can currently only be played with a VR headset, as it has been built from the ground up for virtual reality.

Half-Life: Alyx is Valve’s VR return to the Half-Life series. It’s the story of an impossible fight against a vicious alien race known as the Combine, set between the events of Half-Life and Half-Life 2.

Playing as Alyx Vance, you are humanity’s only chance for survival. The Combine’s control of the planet since the Black Mesa incident has only strengthened as they corral the remaining population in cities. Among them are some of Earth’s greatest scientists: you and your father, Dr. Eli Vance.

As founders of a fledgling resistance, you’ve continued your clandestine scientific activity—performing critical research, and building invaluable tools for the few humans brave enough to defy the Combine.

Every day, you learn more about your enemy, and every day you work toward finding a weakness.

Half-Life: Alyx is available on PC via Steam worldwide.